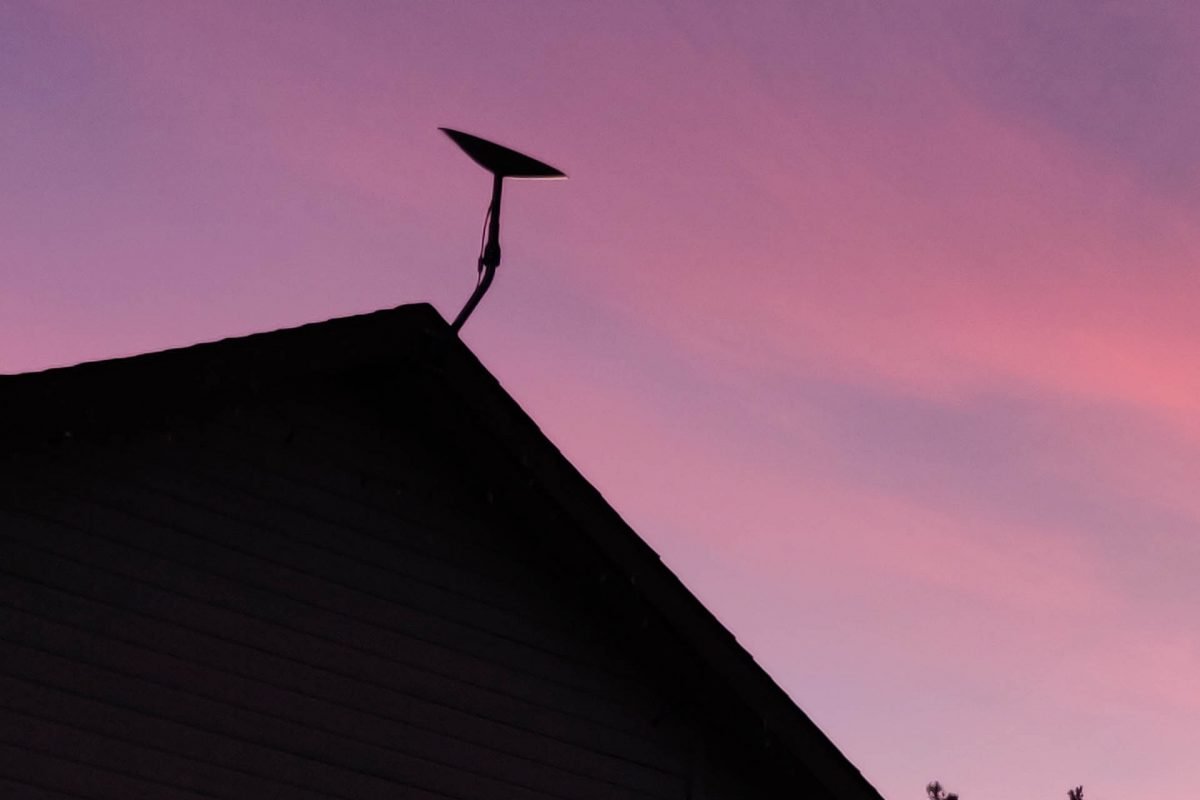 “Mom, I can’t go, I won’t be able to text my friends and Sue’s going out with James for the first time, I need to be there for her!” responds Ashley.

“Dad, I can’t go, I’ve got a huge paper due, and I need to be able to do a Zoom interview, Sunday is the only day he’ll be available,” groans Jack as he comes around the trailer.

Dad glances at his phone as it dings, “Great, I’ve got an emergency meeting in the morning, Honey, maybe we’d better stay home.”

“Don’t worry about it, they have high speed wi-fi at the RV Park, you’ll be able to use your phones, laptops, and Zoom, get in the truck!”

Surely, you’ve had similar conversations with your family and upon arriving at the RV Park you discover that their promised high speed wi-fi is either a joke or a satellite service that makes it so when you’re talking to someone on your cell phone you hear everything twice and there’s a lag-time so they start talking before your sentence reaches them. Zoom just freezes up and there is no way to have input in a live meeting because you’re a little bit behind everyone else. The frustration ruins your family getaway and makes everyone unhappy.

Do you think this is going to lead to good reviews or return customers at your park?  Yes, you have a beautiful park with great amenities but in today’s ever-connected world, internet is more important than ever and many of the most beautiful parks are in places that internet is either nonexistent or just plain horrible.

But wait, have you heard about the new Starlink satellites? These are satellites that are being set up in low Earth orbit (LEO) by SpaceX. Their goal is to make high speed internet available to rural areas that would otherwise never see it. They are launching satellites every month and as more are placed in orbit the speed of transmissions increases. They are currently in the beta testing stage and we are one of the lucky RVers who are beta testing. Currently, we have only used the Starlink setup in Idaho, but are looking forward to trying it in more places.

Meaning, for the time being, you have to input a service address to move with Starlink and it’s not guaranteed to work.  We have been lucky so far as we don’t move very often and the couple of places we have moved to Starlink has allowed us to update our service address.  This brings me to my point that I don’t think Starlink is ready for general RV use yet, but I think it could have great potential for RV parks or resorts where normal internet is either limited or nonexistent.

This article is both a review of Starlink as well as some general advice on problems you may run into using Starlink for your resort.

First off, let’s talk about the service and how well it works.  To put it bluntly, Starlink is by far the best, fastest internet I have had at home in my life!  I like to live in places that are “out there” one of the biggest downsides to living in the sticks is the internet sucks.  Generally, “high-speed” internet in most of the places I have lived is about 15MB per sec down, if you’re lucky.  Our Starlink connection averages somewhere between 150MBs to 250MBs. It’s amazing, and as an added bonus, there are no data caps, meaning you actually watch 4K tv on a streaming service, meaning entertaining the kids and working just got much easier and much, much better.  Starlink has also stated that the system should get faster as more satellites are launched.

My family is connected, my wife and I both work from home running our business, our kids enjoy watching TV, my wife and I do, too. We have to make sure to catch the latest episode of the Mandalorian or the Bad Batch.  We also enjoy online gaming; we play games like StarCraft and it all works great.  We do still have the occasional hiccup or disconnect. For example, we had a pretty bad electrical storm come through the other day, yeah it didn’t like that, we lost internet for about a half hour when the storm was really bad, but for the most part, the service works great and has really changed the quality of life for my family.

Zoom meetings have been a bit of a challenge depending on how good your connection to the satellite is, more on that in a bit, but if you have a good connection, it really works well.  There isn’t any noticeable lag like there is on most satellite based systems and the audio is clear.

Setup is pretty straight forward as long as you are a bit of a DIYer.  The hardware shows up in box with  the dish and a router and has 100ft of built in cable.  The hard part is Starlink satellites aren’t geosynchronous, meaning they don’t necessarily stay in one place, and the dish is motorized so it can switch satellites on the fly, sounds pretty cool right.  The downside to this is the dish needs a pretty big, open area, clear of pesky trees, electrical lines or pretty much anything that would get in the way, which can be challenging, to say the least.  In fact, it has been one of the greatest struggles we have had, as we are renting space and are limited to where we can put our dish, we have frequently struggled with getting a connection that isn’t obstructed in some small way. This means we do get drops in our connection at times which can be frustrating when doing voice calls.  The system still works really well for tv and the like, thanks to buffering, as long as you don’t have too much obstruction.

If you want to set up the system to service a park you should also be aware that the included router is pretty basic, and the range isn’t bad, but it isn’t amazing either.  Starlink says you can use the system with different routers, I haven’t tested this, but at the very least, unless you have a fairly small park, you are going to need some wi-fi extenders to help boost the signal over the entire area.

I know that we have brought up some downsides, but doesn’t everything have some downsides? No system is perfect and considering you can get Starlink in the middle of nowhere, it’s pretty dang impressive.

If you are interested in signing up for Starlink go to starlink.com. The cost right now is $499 for all the hardware (it’s a one-time purchase) and then $99 a month.  Keep in mind, at the time of writing the system is still in beta and location availability may be limited.  Your chances of getting it will be greater if you are in the northern USA or Canada.  At the very least, you should be able to pre-order the system and get it later this year.

Starlink recently released a new option! Starlink premium promises double the speed and the ability to have multiple locations under the same account. If you have multiple resorts this may be the best option for you. You can find more information here >>

Get the latest news and updates!

Would you like to get the latest updates, industry news and offers from Swan Haven Designs?

Give Us A Call

Send Us An Email

Fill out the form below to request a free quote for your project. We will be in touch shortly to find out more about your project so we can provide you with a quote.